My final day: in Agua Fria

I'm back home now, a million miles and another world away in the bitter cold.
In 2010 The Oxford Leon Association and Trust's sponsored swim raised £3000 to build a water storage unit for the community of Agua Fria. About 300 people live here, on the volcano of Telica, dispersed over a large area and their source of water was a spring that ran to a trickle in the dry season. Neuvas Esperanzas worked with the local people and together they built this storage unit, which stores the water through the dry season, keeping it clean. After last year's swim we donated another £500 so that the community could build a shower close by.
It was so moving to visit this place and see exactly how the money we raised has made a difference to the people here. Most of us in Europe take it for granted that we have running water: uncontaminated water, hot and cold, in our houses. Here people have to walk or ride up to 5km to fetch water.
So to everyone who took part in the swim, whether as swimmers, helpers or sponsors. This is why we do it. 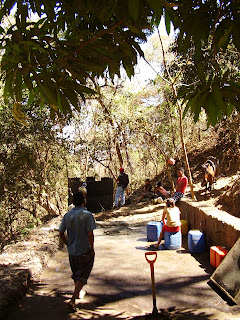 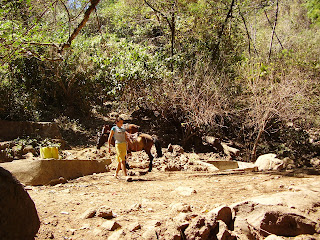 The new water storage unit which overflows into the horse-trough in the rainy season.

The village well. People gather and chat as their containers fill. The taps were designed by Oxfam for this sort of use. The wall makes it easier to load the containers onto the horses. I just had to refill my water bottle for the walk back down the hill. The water tasted good. 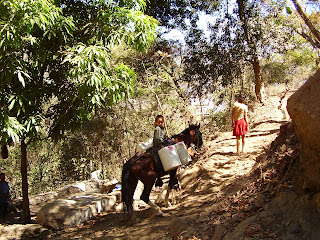 Heading home with a full load. Children seem to learn to ride as soon as they walk and often young children are sent to fetch the water. A horse can carry an adult and two containers or a child and four. 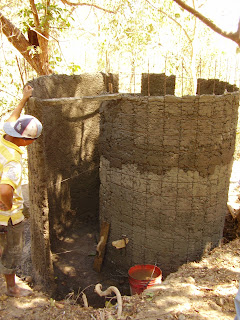 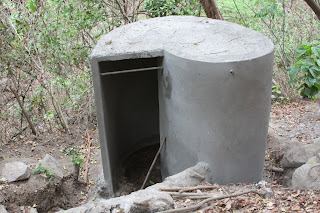 Building the shower. This is an African design, which avoids using a door (they tend to break), while giving some privacy. A roof will be added and the walls smoothed with plaster. It is positioned so that water flows to it easily from the storage unit a few metres away. However every five years or so, the water levels run low towards the end of the dry season. If and when this happens, water needs to be prioritised for drinking. The relative height of the shower and storage unit means that in this event, the shower will not work.
The second photo is the completed structure, sent to me after I returned home. 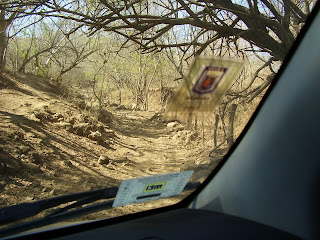 To bring the materials up to build the unit and the shower, access is needed for the jeep. Ahead is part of the road that had to be made so allow the project to happen. this is a pretty good stretch. The community all worked on it; access and clean water were what they most wanted. I joked about the state of the these "roads" on my first trip, but they have made a huge difference for the local people and are the unsung heroes of much of the work of Nuevas Esperanzas. 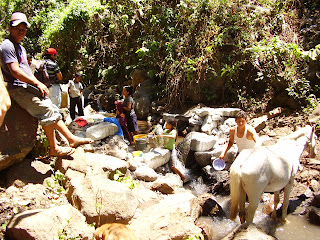 Further downstream, people gather to wash their clothes and their horses. Another two showers are being considered for this spot. That would make three showers between 300 people. 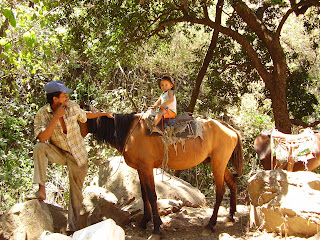 This lad is two years old. Will his life be any easier than that of his grandfather?
Posted by Jan Marshall at 14:47