On the roof of the cathedral 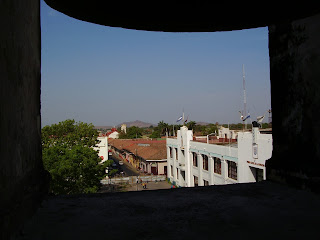 View from the roof of the town hall and a distant volcano.
The curve framing the top is the bell. 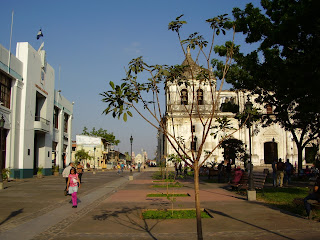 From the ground looking up to the bell tower. 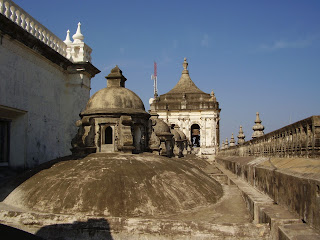 Cupolas on the roof. It made me think of Gormanghast. 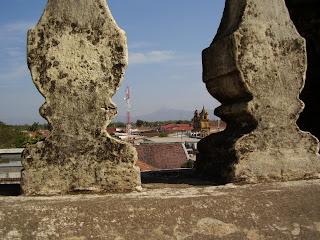 The ballustrade, rooftops and another volcano.
Posted by Jan Marshall at 18:47 3 comments:

Museum of the Revolution 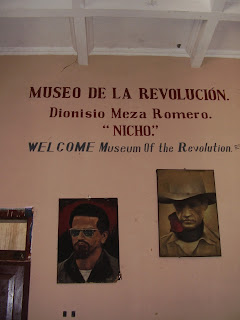 The guy in the hat is Sandino. 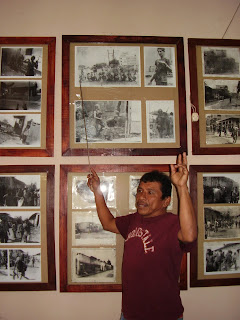 My guide is pointing to himself, as a guerrilla, aged 19. I asked about the other men in the photo and he told me which ones were killed and which ones survived. He and I must be a similar age, yet he looked so old (then maybe I do to him). But given what he has lived through, it´s hardly surprising. 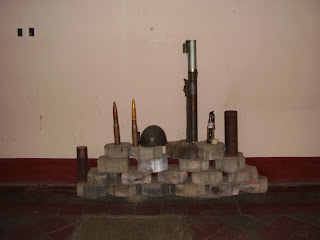 These bricks pave many of the roads here and they were made in Somoza´s factory. During the revolution, people used these as ammunition when defending themselves against the soldiers. It was all pretty gruesome. 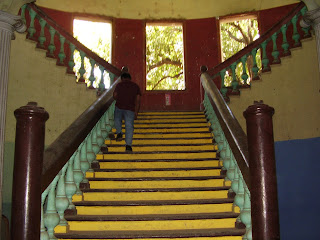 The building the museum was in, was surely once very grand but very run down now, as you can see more clearly in the photo below.. Apparently UNESCO have named it a world heritage site, along with the cathedral. The guide seemed to think that this means funds to renovate it. We´´ll see. 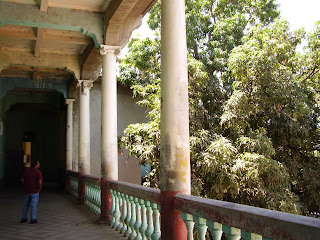 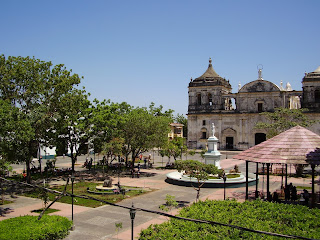 View of the cathedral and square.

Posted by Jan Marshall at 18:36 No comments: 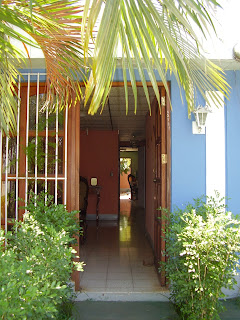 This is the house where I´m staying. Doors are left open to catch the breeze. Colleagues please note that this is Nicaraguan Blue, which is everywhere, and it has nothing to do with the Fens. 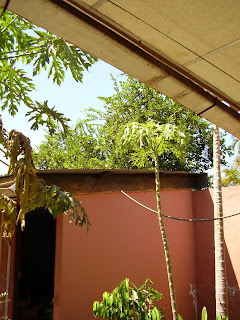 These are some of the trees in the back. We ate the papaya for breakfast. 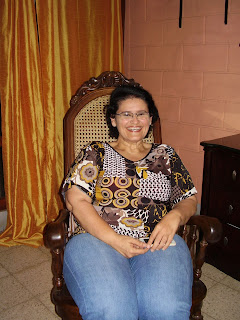 Dra Aurora in a rocking chair. 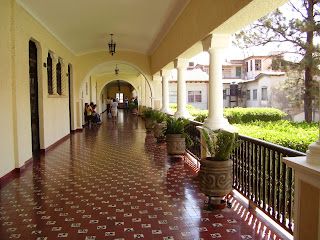 Part of the University in León.


This morning Andrés took me around his department and introduced me to lots of people. It´s hard to believe that Oxford could be rivalled in international co-operation and research but they are working on projects with universities in Sweden, Canada, the USA, Czech Republic, Germany and more and many of the staff have studied abroad.


In the afternoon Aurora showed me round the Medical Campus, which is out of town. Again I was introduced to any researchers. One of them studied in Bath and he was delighted to meet a Brit. We´re having lunch with him tomorrow.

Tomorrow morning at 7 (yes, 7!) I´m going to a lesson about disaster management! This is part of my networking and I hope to speak to the tutor afterwards about field trips for students from Brookes. Could you imagine students going to lecture at 7am in the UK?

Posted by Jan Marshall at 17:48 No comments: